I’ve always had a soft spot for cutesy 2D platformers, having grown up playing them in the 80s and 90s – and, mostly thanks to indie developers, they seem to be just as popular as ever today. The 3D platformer has been undergoing a bit of a resurgence recently too, with games such as Yooka-Laylee, not to mention the remastered […]

By geekmid Posted on 3 hours ago

Brilliant, Greek Mythology-themed board game 7 Fortunes – which I’ve previously covered here – is now in the final stages of its crowdfunding campaign on Kickstarter. With just under three days to go, 7 Fortunes has reached its funding target – which is fantastic news – but there are still some cool stretch goals on offer. Note that backing for […]

Surreal, deliberately difficult to control physics games have grown in popularity over the last few years. Games such as Octodad: Dadliest Catch – in which an octopus disguised as a human has to ensure his true cephalopod nature is hidden from the world – and I Am Bread – where you play as a slice of wayward bread on its […]

Though I’ve played a few hours of Coffee Talk at this stage, it’s still too early to give a proper review of it. However, I’ve been dying to write about it ever since I started playing. It’s a wonderfully unique concept; essentially a visual novel in which you play as a night time barista in a coffee shop, Coffee Talk […]

Board Game Review: Cities: Skylines – The Board Game

City builders are a great genre of video game. Though my specific favourite is still – after all these years – Sim City on the SNES, there’s nevertheless been some brilliant games in the genre in recent times. With EA/Maxis dropping the ball so badly with the last Sim City title (which is a story unto itself, if you don’t […]

By geekmid Posted on 4 days ago

Available on: Switch, Android & iOS – Version Played: Switch – Price (Switch): £4.49/$4.99 – Published by: Forever Entertainment Tapping into the same oddly therapeutic arranging of objects as games such as Tetris – albeit in a far less abstract sense – Pack Master sees you trying to pack all of your stuff into increasingly oddly shaped and cramped suitcases. […]

By geekmid Posted on 5 days ago

Though Ultimate Games S.A. have been releasing lots of simulator games – from across the tonal spectrum, ranging from outrageously daft to serious recreations of actual, real world activities – they’ve just announced the release of a city surveillancesimulator on the PC which looks very different to any they’ve previously published. We live in a vastly monitored world, our movements […]

Available now on itch.io – Price: $5 – By: Jannik Boysen The term ‘walking simulator’ is often used disparagingly; intended to mock experiences which aren’t combat or heavily dramatic in terms of their gameplay or story. Yet some of the most wonderful, affecting and even relaxing experiences I’ve had with games in recent years are from titles that could be […]

Available for PC via itch.io – Price: $1.50 – By: SmokeSomeFrogs I hate gatekeeping. People telling others that what they’re doing isn’t right based on some imaginary, arbitrary rules that […]

Available for: Windows – Buy: Steam or itch.io – By: Nick Lives (Steam & itch.io) When I first checked out Doodle Date, I thought it looked like a light-hearted, creative little spin on the dating sims that seem so prevalent these days. Whimsical illustrations accompany the screenshots and trailer – and even though my artwork is nowhere up to the […]

British comic book character Judge Dredd has been perenially popular since his introduction in the second issue of 2000AD in 1977 (which was, coincidentally, the year I was born). The no-nonsense, somewhat fascistic Dredd is a darkly humourous anti-hero who patrols the mean streets of Mega-City One in a post-apocalyptic future. Outside the walls of the city are the mutant-infested, […] 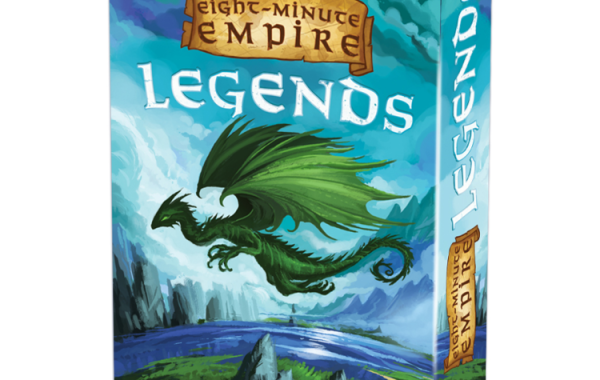 The first Eight-Minute Empire was an excellent experience; though games rarely wrapped up faster than 20 minutes – rendering the title a bit economical with the truth – it was […]

I was far too young for Jaws when I first watched it in the early 80s, but I became obsessed with it – and sharks in general. The fearsome, toothy killers of the deep are a perennially popular oceanic villain too; Shark Week is a thing, of course – and shark horror is essentially its own genre now, even if […]

Those of you who know me either personally or through the blog know that I’m a big fan of TTRPGs. Though not historically well known for being a progressive or particularly socially aware space in the gaming universe, I’ve seen some great initiatives being undertaken in the community to raise money for worthy causes in recent days. The first one […]