If you’re not sure why, here’s the explanation: in Aliens, the planet that the majority of the action takes place on is known as LV-426 – and, using US date […]

If you’re not sure why, here’s the explanation: in Aliens, the planet that the majority of the action takes place on is known as LV-426 – and, using US date formatting, April 26th is 426. It’s that simple!

What does it mean to me though? My thoughts on the first Alien film follow. Spoilers abound, but given that it’s 40 years old at this point – I think I can be forgiven for that.

As with so many pop cultural touchstones that I could name, the Alien franchise has a special place in my rather overstuffed heart (but Alien3 is the final chapter and no other movies were ever made, right?). And as with so many other movies from the 70s and 80s, I first became interested in the Alien movies from an age that could be best described as ‘too young’. 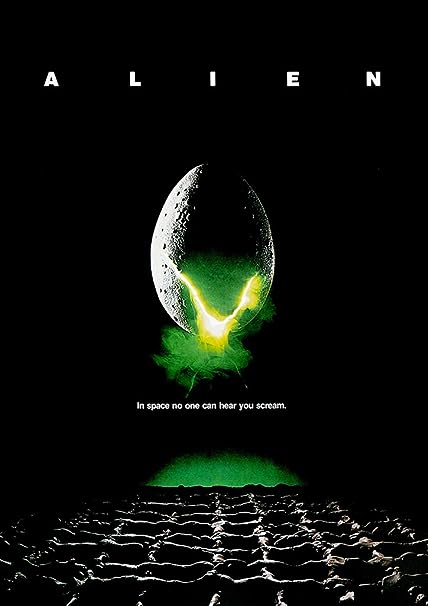 It’s my Uncle’s fault, really. He was – is – a total movie buff and had bloody good taste to boot. My parents weren’t really fussed about films – though they watched a lot, they didn’t appreciate the magic of the movies and certainly didn’t have a passion for cinema in the way my Uncle did. He took the time to actually discuss the minutiae of films we watched together, giving me an appreciation for the art of the moving picture that my Mum and Dad just couldn’t pass on.

Alien was one of his obsessions. He had a Making Of book that I loved flicking through when I was about five; there was nothing especially graphic in it, but it set off my imagination massively. I’d been watching violent action movies and even some horror films at that age anyway (partly due to the fact that I could work our VHS machine without any adult assistance, but also because my parents just weren’t bothered about what I watched – mostly), but some were off limits to me and took on a Holy Grail-esque quality. It’s fair to say that I lusted after any and all information I could get my hands on for those films that I wasn’t allowed to watch.

Alien was one of them. I didn’t understand why, at first; as an example, I’d been allowed to watch things like The Terminator when I was seven – and, though I don’t know if this was an ‘approved’ film or if I just happened to watch it when my parents were asleep, I also saw An American Werewolf in London before then.

Of course, I do get it now. The body horror and tension in the first Alien may have blown my tiny little mind – and not in a good way. I think I probably would have got bored though, more than anything; the first Alien is a very deliberately paced, artfully shot film that I’m unlikely to have had the patience for at that age.

However – even though it was an 18-rated film – it was on a wet weekend lunchtime when I was 11, or perhaps 12, that my Uncle finally allowed me to watch his VHS copy of Alien. I fell in love instantly.

The creature lifecycle was a thing of wonder. From egg, to facehugger, to chestburster and then fully grown alien, each stage was remarkably well designed and, with the exception of some really ropey looking moments with the chestburster – felt real in a way I hadn’t really experienced before in a film.

All stages of the creature felt as if they could be actual, living things – right down to the way the egg opened or how the facehugger’s lifeless corpse looked as if it was made from actual organs (it was made from organic matter – seafood – and the studio lights made the smell almost unbearable, reportedly).

It wasn’t just the Alien itself that was a triumph of design and effects implementation, however. The Nostromo – the vessel that the crew of protagonists are travelling on – feels like a physical, lived-in space. There was none of the pristine, clean future that was so often seen in sci-fi; though Star Wars had, a few years earlier, given us another lived-in, used sci-fi universe, the one presented in Alien was laser-focused a tight, claustrophobic environment that really did seem as if it could be a functioning ship.

Similarly, the blue collar vibe of the crew, with them talking over each other at breakfast – or forming alliances and having arguments over money, for example – made them feel like an incredibly well-realised bunch. Just a group of regular people, working a job they don’t particularly like. Relatable, right? They even have a cat!

Aside from the real physicality of the environments and the creatures – or the way the crew feel like people you’d be happy to have a beer or two with (for the most part – Ash can have a beer alone. Preferably in a different pub to me!) – there’s also an incredible visual beauty to Alien. Ridley Scott’s eye for capturing the perfect image sees a frankly flabbergasting number of shots that you could freeze frame and wall mount as art; they’re stunning.

I haven’t really mentioned much about the story yet. The beauty of Alien is that it’s a B-Movie treated with a serious, artful reverence. The events of the film are simple and, in some ways, not a lot actually happens – but it’s treated with such seriousness and at such a high technical level that it’s elevated way beyond what would have been thought possible if you’d read the original script (which was first written as ‘Star Beast’).

Though there’s a slow build-up – arguably a little too slow for modern tastes – this works in the film’s favour when the shocking emergence of the chestburster occurs. As legend has it, the actors weren’t all properly clued in as to what would be happening, and the shock is apparent in their filmed reactions. Though not the first scare of the film – that honour goes to the facehugger – it’s definitely the biggest shock and immediately removes the relief we – and the crew – are feeling when Kane is awake and eating, seeming at first to be entirely back to normal. As with many other sequences in Alien, it’s a masterful piece of direction, acting and effects work.

I’ve got this far without really touching on the fully grown Alien (or as it’s come to be known, following a throwaway reference in sequel Aliens, the ‘Xenomorph’). Though it’s ‘just’ a man in a suit, until a shot or two at the end, there’s a very otherworldly quality to its look, not to mention the way it moves and sounds. It’s shot in shadow, glimpsed in dim lighting, seen in quick, sharp cuts. It’s yet another triumph of design (thank you, HR Giger – not just for the rather phallic design of the adult alien, but for all of your wonderfully nightmarish, psychosexual creatures) and it’s absolutely terrifying. The late – and sorely missed – Giger, pictured below, does seem to have been rightly proud of his creation

I’ve watched Alien countless times over the last thirty or so years. I know it inside out. I watched the slightly trimmed ‘Director’s Cut’ at the Odeon Leicester Square for the 25th Anniversary (complete with a scene that gives more of a glimpse into the lifecycle of the Alien beyond what we originally see, which would of course go on to be a major facet of the 1986 sequel, James Cameron’s Aliens). I’ve seen it on worn VHS tapes in pan and scan, on Widescreen VHS, on DVD and Blu Ray. I’ve read articles and books on the making of the film; I’ve seen hours of documentaries on it. It’s informed my cinematic taste in ways that I probably still haven’t fully appreciated.

I can’t say for sure whether or not it holds up for people only now seeing it for the first time, but for me it’s an absolutely timeless masterpiece, and – though Aliens is arguably a more ‘enjoyable’ film – I feel that Alien has rarely been bettered as a cinematic experience.

Enjoyed what you’ve read? Want to support my blog? There’s no pressure of course, but every penny helps to keep this site running, as I earn no income from my writing here. If you did want to support the site and my writing, you can do so at either of these links: Ko-Fi.com/geekmid or PayPal. Any donations are truly appreciated, but so is the fact that you took the time to read my articles. Thank you so much!