Despite not being interested in fishing in real life, I love a good fishing game. Over my many years of gaming, I’ve had a number of great experiences; Legend of […]

Despite not being interested in fishing in real life, I love a good fishing game. Over my many years of gaming, I’ve had a number of great experiences; Legend of the River King on Game Boy Color, with its classic JRPG backdrop, was a gem that, in my opinion, still doesn’t get the recognition it deserves.

Sega’s great Dreamcast port of their quirky arcade hit, Get Bass (also known as Sega Bass Fishing), was another excellent title – especially when paired with the fishing controller. 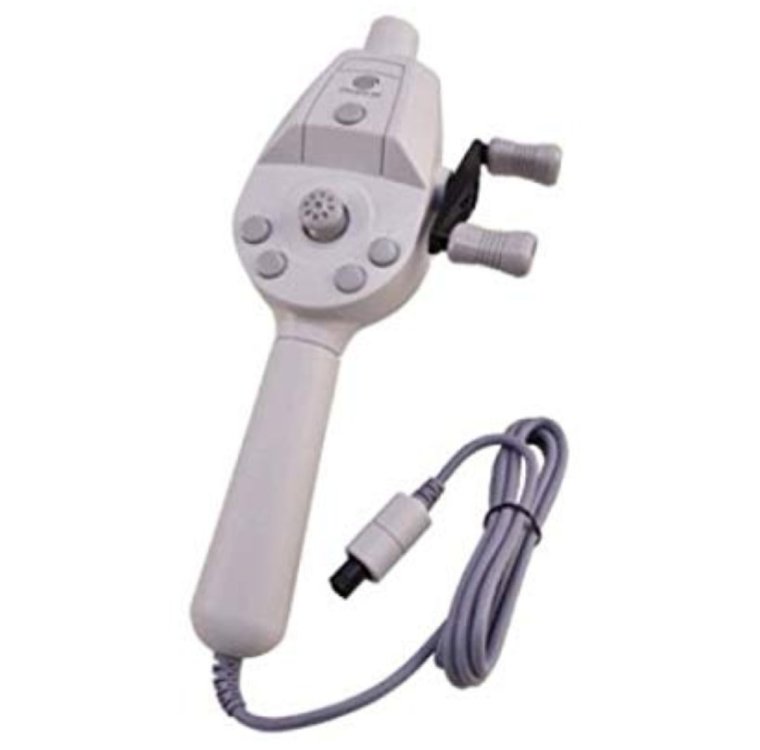 My absolute favourite fishing game, however, was one that I imagine only a handful of people played. Having won a Nokia N85 – which was a less clunky, pretty practical evolution of their disastrous N-Gage – in an online competition, I discovered the fantastic, though awkwardly titled, Hooked On: Creatures of the Deep. This was another fishing game that featured RPG-esque elements, and had – for the time – lovely visuals.

So you see, I really do have an affection for this often underrepresented genre of games. I was actually really looking forward to playing Go Fishing 3D. Sure, it looked like a mobile game (accompanied by really awkward English text) with terrible, blurry textures on the player characters right from the beginning – but anyone who knows me is aware that I’m not someone who lets a lack of sparkly visuals ruin a game (as an example: I still play Wii games and they have not aged well in this regard, to say the least).

The problem isn’t necessarily with the graphical fidelity of the game, however. In actual fact, main character aside, there’s a reasonable level of detail in the environments and fish – albeit with a lack of any bells and whistles.

No, the real problem is with the core gameplay. Controls are explained in text boxes with unclear fonts and even choosing an option is made confusing by the fact that it’s not apparent whether a dark or light option is the one you’re selecting.

There’s a seeming lack of consistency in that, too. Not only this, but menus are badly laid out and confusing to navigate – and I’ve yet to come across any guidance on how best to use items that are available once you’ve levelled your character up somewhat.

Going back to the controls, it’s not just that they’re poorly explained – there’s no feedback at all to give you a sense that what you’re doing is correct. One crucial piece of the fishing game puzzle that has been present over the last twenty years or so in the genre is that of force feedback, to let you know when you’ve got a bite. This is completely absent, shockingly. Rumble was even present in Legend of the River King 2 on Game Boy Color, via the use of a cartridge with Rumble built in; there’s no excuse for it to not be included here. 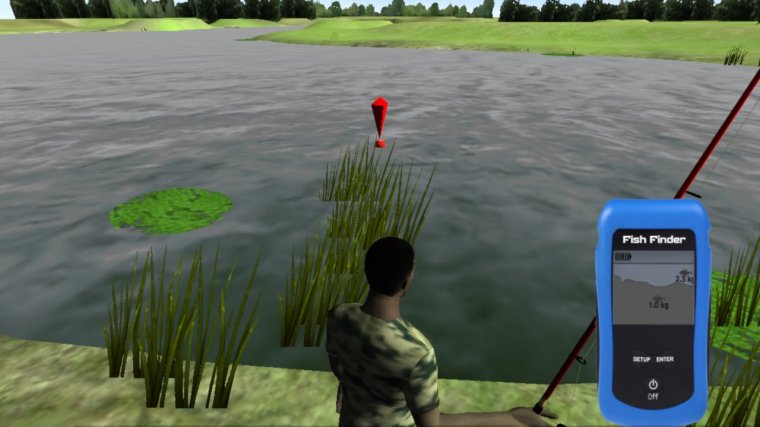 I found the fish finder gadget by accident; this is minimised and out of use by default, but is a very useful tool and should just be available on screen without you first having to select it.

Levelling up is a chore, too – and far too many gadgets and items are locked behind level progression, meaning you have to grind in boring, featureless lakes, catching tiny – but somehow pretty strong – fish in order to get anywhere. It is, to put it mildly, not fun. 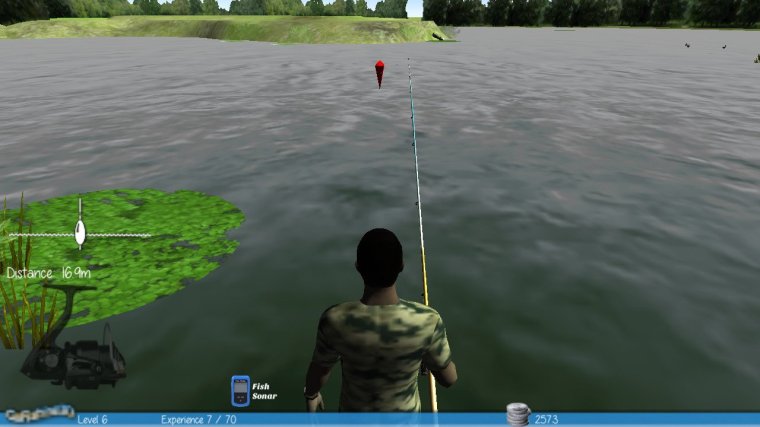 With other fishing games already available on Switch, I can’t recommend Go Fishing 3D, especially when it’s not even priced realistically. It’s a less than half-baked game that could definitely do with a good few months more in development. Though Nintendo’s embrace of indies and the wealth of content that brings is often a good thing, unfortunately it does sometimes lead to a bit of a gold rush – where games are released in the hope of making a quick buck. This, sadly, seems to be one of those cases.