I’ve been a massive fan of Zen Studios’ Pinball FX series ever since it debuted in 2007 on the Xbox 360. Since then, the sequels – Pinball FX 2 and 3 – have had the feel of true pinball platforms, rather than just a small collection of individual, digital tables. Zen have been able to secure some absolutely phenomenal licences, […]

Version Played: Android (also available on iOS, Windows and Mac) Based on a board game that was first released in 2012, Lords of Waterdeep is a worker placement game set in the Dungeons & Dragons universe. Players take turns placing their agents at different locations in the titular city, hiring adventurers or getting other bonuses that will allow them to […]

Version Played: Android – Also available on: iOS, PC (note: screenshots throughout this article are from the Steam version but – orientation aside – are representative of the Android version’s aesthetic) Based on the tabletop card game of the same name, Onirim is a solitaire game in which you’re cast as a Dreamwalker, trying to find your way out of […]

Version Played: PC (also available on Android, iOS, Linux, Mac, Switch, Wii U) I remember working my way through World of Goo, when it became available as a downloadable game on the Wii (hey kids, remember the Wii?) in 2008. It was a game that was perfectly suited to the Wii’s controls, seeing you picking up and placing blobs in […] 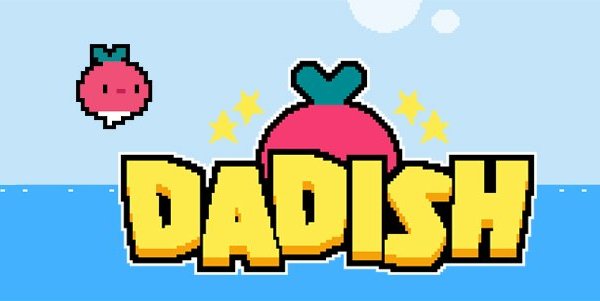 Available now on iOS and Android – Free to download (ad supported) Can we just take a moment to appreciate the incredible pun work here? Your character is a Dad […]

Available: TBC on Android and iOS I’ve been fortunate enough to have been granted early access to Planit Rabbit, a mobile title by Polyspice Games. Inspired by classic games such […]

Available Now on iOS & Android – Free (in-app purchases available) There’s a real dismissal of mobile games as ‘not real games’ or as bottomless pits of monetisation, even among those in the gaming community who would usually be considered – or consider themselves – as very open minded. Though there is an awful lot of shovelware and titles designed […]

Version Played: Android – Out Now (Free) – by Zomdad Studioz Mobile games have a pretty crappy reputation, but there’s clearly a huge audience out there for them. ‘Real’ gamers […]

Whenever you sort a digital game library by hours played, it throws up a few surprises. For example, there are some games I swear I’ve played way longer than is registered (have I only spent that much time with Transformers: Fall of Cybertron, having played through it multiple times?); then there’s the opposite, with one of the Arma games showing […]

Laser tag – in big ‘arenas’ – was quite a big thing when I was a teenager. Big, warehouse type spaces were kitted out with moody, ultraviolet lighting and appropriately […]

Steve Jackson Games, price varies but £12.50/$9.29 at time of writing – UK: buy here or US: here You’re a zombie. You need brains. You need to chase humans. You definitely don’t need to get shot. That’s the setup for Zombie Dice, which first came out in 2010. I still own my original set, despite it being used a lot […]

Chronicles of Crime – Board Game

There’s an increasing number of games that aren’t afraid to use technology in an interesting and pivotal way. Chronicles of Crime is one such game: a police procedural board game in which the components can be used in a variety of scenarios, both included with the base game and as downloadable extras, via an app available on iOS and Android. […]